Chicago, ILLINOIS — We at Indivisible IL9 and Indivisible Illinois support the Illinois Black Caucus and call on our legislators to pass HB 163-SFA2,  the Criminal Justice/Police Reform Bill during the current Lame Duck Session.

We are reminded daily of the archaic racist system perpetuating the criminalization of Black, Indigenous and People of Color, which makes our state LESS safe for ALL communities.

This Bill addresses many of the needed judicial and police reforms, including ending cash bail.

“Three out of 5 people in U.S. jails today have not been convicted of a crime. This amounts to nearly half a million people sitting in jails each day, despite the fact that they are legally innocent of the crime with which they have been charged.” – Center for American Progress.

We will not continue to be passive and say nothing about the gross misconduct of the police and the continuing trauma and persecution they inflict upon our fellow Illinoisans.

Indivisible Illinois is part of the locally-led, people-powered Indivisible Project network, a grassroots American movement founded in 2016, with thousands of chapters in urban, suburban and rural areas, with at least two groups in every congressional district. Indivisible Illinois engages and empowers people in the Land of Lincoln, the Home of Obama, the Heart of the Midwest, to promote a progressive agenda, elect progressive leaders and realize progressive government.

Indivisible IL9 Andersonville-Edgewater is a diverse group of concerned residents and allies of the Illinois 9th Congressional District, working strategically to ensure justice for all. Indivisible IL9 is a part of a national network that aligns with the movement following the Indivisible Guide. We believe that a successful democracy depends on an informed and engaged constituency. We value Diversity; Equity and Inclusion; Respect and Non-violence. 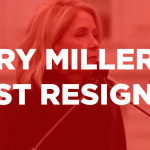