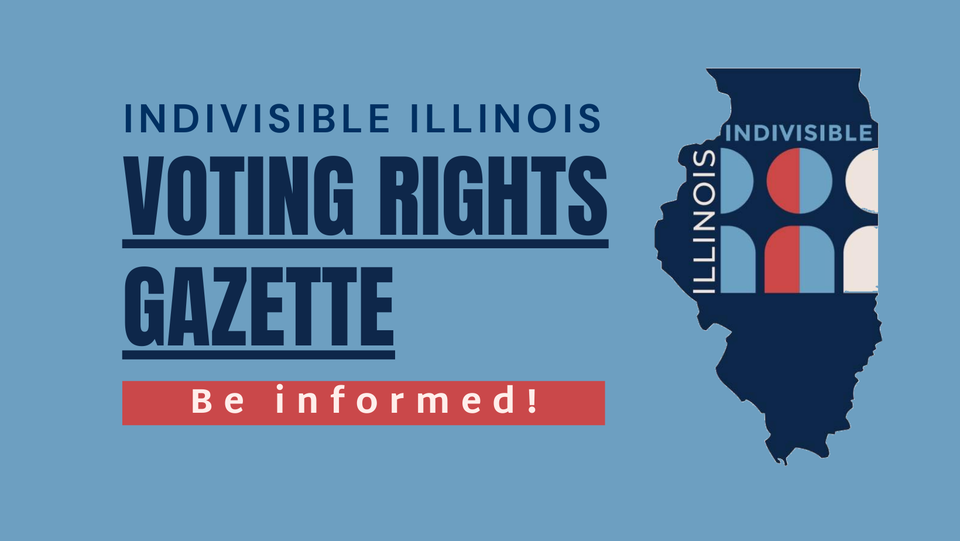 A new nonprofit funded by the Center for Tech and Civic Life plans to send $80 million over the next five years to election departments around the country to help pay for equipment replacement and other needs of election offices.

Called the U.S. Alliance for Election Excellence, the new group describes itself as a “non-partisan collaborative that is bringing together election officials, designers, technologists, and other experts to help local election departments improve operations, develop a set of shared standards and values, and obtain access to best-in-class resources to run successful elections.”

“The United States election infrastructure is crumbling,” said the Center for Tech and Civic Life’s Executive Director Tiana Epps-Johnson at a recent TED conference, where the new initiative was announced. “Election officials who serve millions of voters lack the basic technology they need to reliably do their work. It either doesn’t exist or it’s shockingly outdated.”

You’d think states would jump at the chance to get a pot of this money, but you’d be wrong. The new program is an outgrowth of the Center for Tech and Civic Life‘s 2020 funding initiatives of which distributed funds to nearly 2,500 election offices in 49 states, which was funded by Facebook founder Mark Zuckerberg and his wife, Priscilla Chan. The new non-profit, however, is being funded by a TED initiative called the Audacious Project, not the Center for Tech and Civic Life.

Unfortunately, the Zuckerberg link to the Center for Tech and Civic Life has made it a focus of right-wing conspiracy theories. This has led 16 GOP-controlled states to ban private funding of elections. That’s despite the fact that the Department of Homeland Security considers election funding to be on a par with critical infrastructure like the power grid and water supply.

Unfortunately, says Epps-Johnson, most counties spend about the same on elections as they do on parking facilities—around a half of 1 percent of their budgets.

Making matters worse, Republicans in Congress refuse to consider including $5 billion for election administration in the upcoming federal budget.

For local election centers in states that still allow private funding, the deadline to apply for the initial phase of funding is May 6. The program initially will focus on finding practical solutions to local election-office problems. The ultimate goal is to create election values and standards that can be used by jurisdictions nationwide.  https://www.electionexcellence.org/   https://wapo.st/3M3j6k6 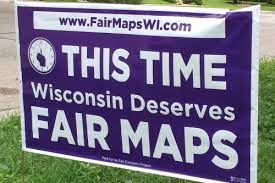 On March 23, the US Supreme Court issued a ‘shadow docket’ ruling in a high-profile Wisconsin redistricting case that election experts said made crystal clear the court’s hostility towards voting rights.

As reported in the April 5 issue of the Voting Rights Gazette, the ruling stated that either Wisconsin’s governor or the Wisconsin Supreme Court had misapplied the rules of Section 2 of the Voting Rights Act when considering whether there was a “race-neutral alternative” to the map created by Gov. Tony Evers.

The Wisconsin Supreme Court had approved Evers’ map earlier in March. Evers created the map after vetoing a Republican map that had removed a Milwaukee-area majority-minority district. Republicans appealed to the US Supreme Court. https://bit.ly/37UaHkk

Last Friday, the Wisconsin Supreme Court, in a 4-3 decision, reversed its decision. Using the lens provided by the Supreme Court’s shadow docket ruling, it stated that the governor had failed to justify creation of a seventh Black-majority district. It further claimed that the the Republican-drawn maps were “race neutral” and conformed to state and federal guidelines. The decision, wrote dissenting Justice Jill J. Karofsky, failed to acknowledge that the Legislature’s removal of a Milwaukee-area majority-minority district reveals an equally suspect, if not more egregious, sign of race-based line drawing.”

Gov. Evers called the ruling “an unconscionable miscarriage of justice for which the people of this state will see no reprieve for another decade.” https://nyti.ms/3vfmQrW 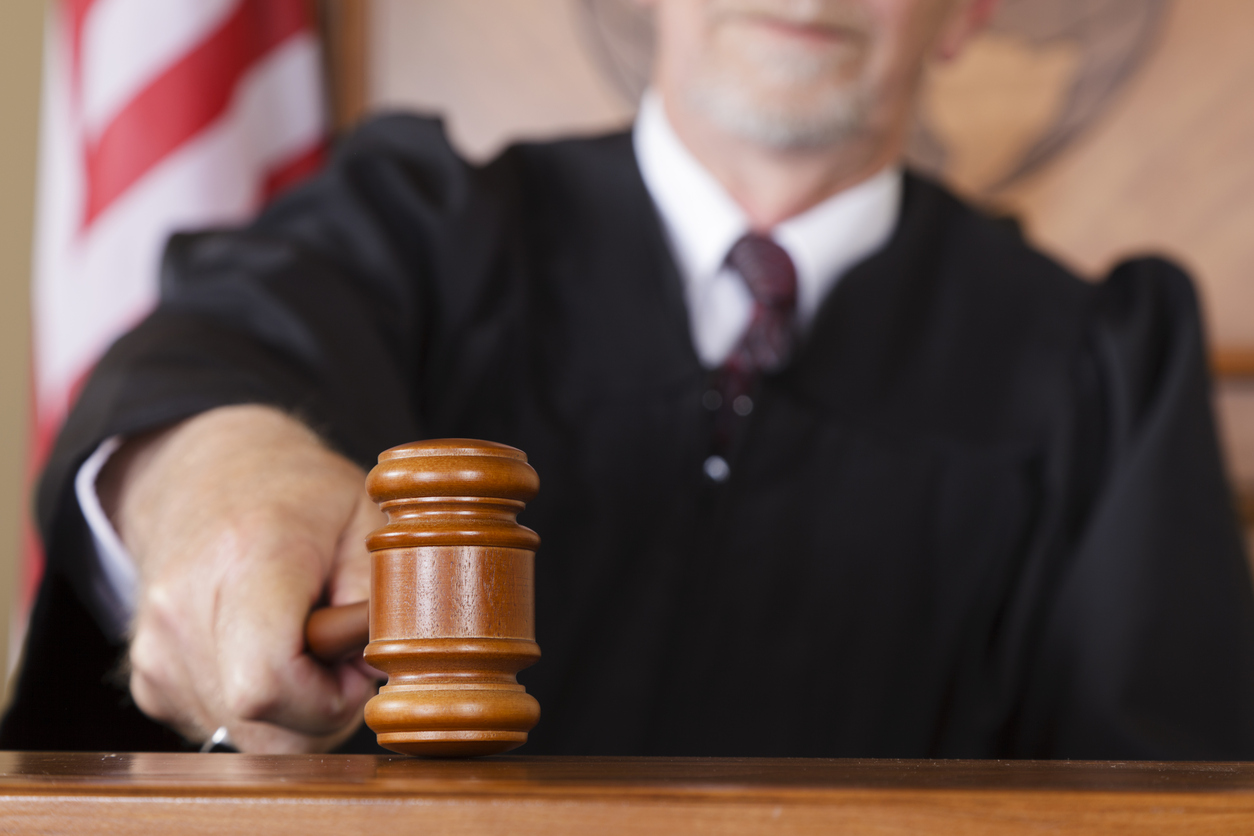 Republicans in several states continue to lose in state and federal courts over their efforts to suppress the vote and create unfair redistricting plans.

In Montana, a state trial court judge temporarily blocked four voter suppression laws from being enforced as litigation continues because, in the judge’s opinion, the plaintiffs would suffer harm without the preliminary injunction. He further concluded that the plaintiffs were likely to succeed in proving that the challenged laws would impose undue burdens on the right to vote, particularly for students and Native American communities.

Among the laws put on hold: banning Election Day registration, which Montana has used for 15 years; declaring that student IDs must be accompanied by another form of ID, although concealed-carry permits would be acceptable by themselves; prohibiting ballot collection efforts under certain circumstances; and prohibiting mailing ballots to new voters who will be eligible to vote on Election Day but are not yet 18. No date has been set yet for the trial. https://bit.ly/38RMjjT

In Arizona, the 9th U.S. Circuit Court of Appeals reversed a district court ruling that dismissed a challenge to a law about whose name appears first on a ballot.

In 2019, Democratic organizations filed suit over the state’s ballot order statute. Currently, a candidate from the same party as the gubernatorial candidate who won the most votes in a county gets listed first on that county’s ballots. Candidates listed first often receive an electoral boost, according to experts. The case was dismissed in 2020. The appellate court has now determined that one plaintiff, The Democratic National Congressional Committee, had shown the statute provided “ongoing, unfair advantage conferred to their rival candidates.” Again, no date has been set for the trial.  https://bit.ly/37cHRvL

And in Ohio, the Ohio Supreme Court for the fourth time has rejected state House and Senate maps drawn by Republicans, sending mapmakers back to the drawing board for a fifth time.

Ohio has a technically non-partisan redistricting commission, but the commission split along party lines and could not agree on a map. Despite courts urging the legislature to employ professional map makers, the GOP-controlled legislature created their own maps, which state courts have continued to reject. The latest decision states that if the Ohio Redistricting Commission can’t come up with a solution, the task may fall to a trio of federal judges. The ruling also turned down the legislature’s April 20 deadline for creating new maps, calling it  an artificial deadline that is based on a speculative, potential primary-election date for state legislative races.” https://bit.ly/3rsG8Jl 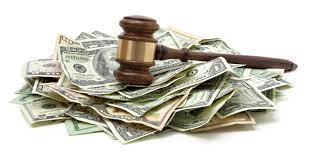 As reported in this issue and several previous issues of the Voting Rights Gazette, Republicans have been losing redistricting cases that have come before several state supreme courts. Now, they plan to correct that problem by pouring money into several key state supreme court races.

According to Balletpedia, there are nearly 90 state supreme court seats on the ballot nationally. In Ohio, North Carolina, Michigan and Illinois, election results could change which party has the majority on a court.

In North Carolina, for instance, Democrats currently hold a 4-3 edge. That could change in November.

In Ohio, three Republican seats on the seven-judge court are on the ballot. The court is currently split 4-3 in favor of Republicans.

In Pennsylvania, where no judges are up for election, the Republican-majority legislature is considering ditching statewide supreme court elections in favor of a system based on regional districts to lessen the voting power of Democratic cities. “This is about Republicans trying to take over the court,” said the CEO of a court reform group. https://reut.rs/36bQGVT 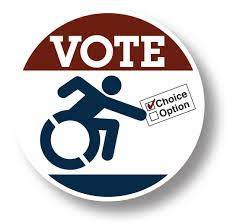 New York, Illinois Make Voting Easier for Those with Disabilities

The New York State Board of Elections last week settled a lawsuit filed in 2020 that claimed that voters with disabilities were excluded from absentee voting in 2020 during the pandemic because they were unable to independently fill out paper ballots.

In the settlement, the Board of Elections agreed to create an electronic voting method by June 1 that will allow voters with disabilities that make reading or writing text difficult, such as blindness or paralysis, to print out ballots online and mail them back.

The new system will include raised markers for visually impaired voters so they know where to sign their names and also a system to allow the disabled to mark their ballots electronically with help from software that describes text and images in sound.

Also last week, the Illinois General Assembly passed a bill requiring the Illinois State Board of Elections to provide a “certified remote accessible vote by mail system” in time for the November election and for all subsequent elections. The accessible ballots would be provided electronically, with assistive technology enabling voters with print disabilities to mark and verify their ballots without assistance. https://bit.ly/3O9YTuV

Good news for the rule of law, not so good for MyPillow guy Mike Lindell:

While attending a rally for indicted Mesa, CO, county clerk Tina Peters, Lindell was served with a defamation lawsuit by a former employee of Dominion Voting Systems, whom Lindell had maligned by name. But even before the rally began, Lindell got himself into even more trouble–he admitted he had donated “three, four, five, maybe 800,000 [dollars] of my own money” to Peters’ legal defense fund. He’s now under investigation.  Colorado state law prohibits elected officials from accepting gifts worth more than $65, unless received from family or close friends.

The Texas Secretary of State’s office said 12.38% of Texas primary ballots were rejected in last month’s primary elections, up from around 1% last year. The March primary was the first election run since the passage of the state’s restrictive voter suppression law, SB 1. Says AARP Texas Director Tina Tran, “Ballot rejections of this proportion could significantly swing the outcomes of state and local elections.” https://bit.ly/37Qbdjg